What they do: Naturally Splendid is in the hemp business, having developed a line of hemp protein powder drinks (Natera) which are found on supermarket shelves, a hemp seed product that has taken South Korea’s home shopping networks by storm, and they’re working on a dog treat product that is doing well at pet product conferences.

Why I like it: It’s right on trend and stupidly undervalued. They’re shipping the absolute maximum product that their suppliers can process right now in that South Korea deal, with hemp de-hullers working around the clock. They just broke into profit for the first time, and they’re already booked $700k in sales for the next quarter.

What’s cool about it: They did $100k of revenue in the entire of 2015, when the stock price averaged out at around $0.45. Then, in the first quarter of 2016 (with the stock at around $0.35), the company earned $1.4 million. The quarter just ended? $3.66 million, with and you could have bought it at $0.25. This is a complete and utter Moneyball stock, where the market has passed it by for no good reason, which means you get it super cheap.

What’s not so cool about it: The problem with a Moneyball stock is, by its definition, the market hasn’t clued in yet, and you don’t make money until they do. NSP in particular has suffered from a number of daytraders being in the stock, so whenever they put out good news and the stock goes up, those daytraders take their profits and leave for a bit, which brings it back down again.
But stocks like this, which are bringing in strong profits in the real world that haven’t yet been realized on paper, invariably do not stay undervalued for long. As the good news continues to emerge, I believe the anchor will begin to be removed. 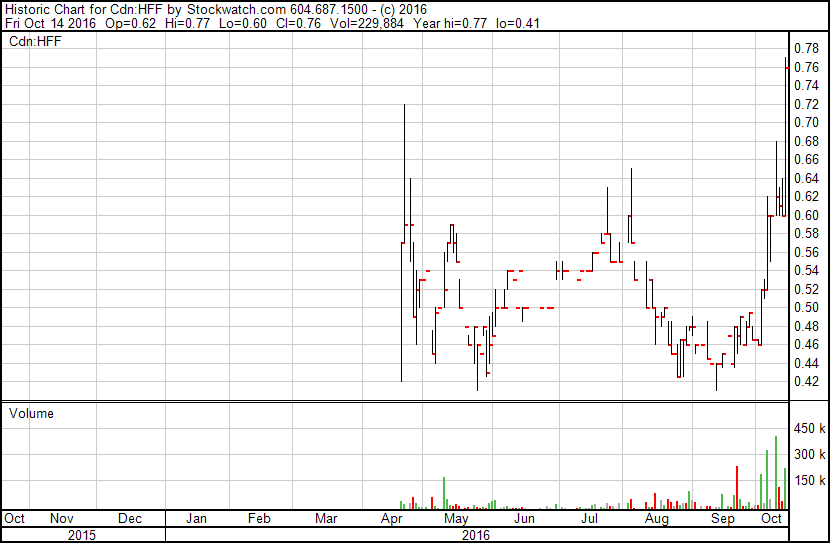