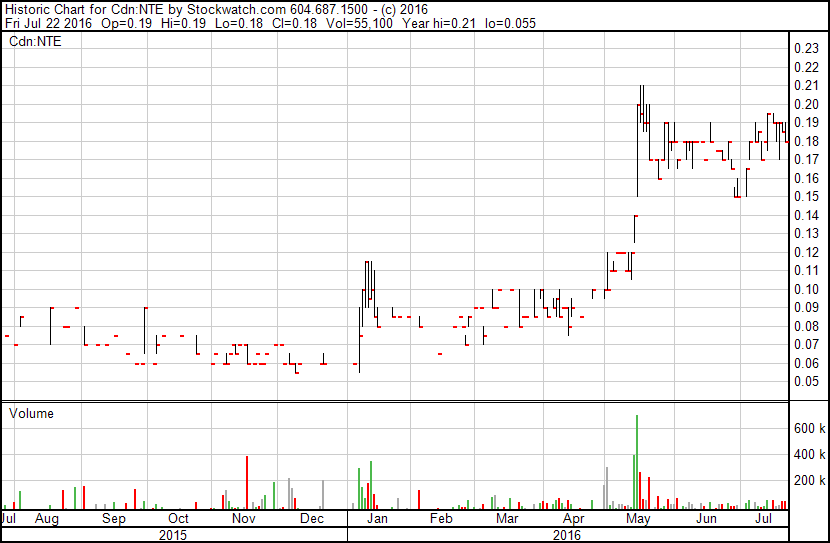 Facing Ali chronicles the life and times of the legendary Muhammad Ali through the powerful words of his most formidable opponents including Joe Frazier, George Foreman, Ken Norton, George Chuvalo, Earnie Shavers, Sir Henry Cooper, Ron Lyle, Leon Spinks, Larry Holmes and Ernie Terrell. A critical darling and crowd favorite at film festivals throughout the U.S. and Canada, the film was honored by the Academy of Motion Picture Arts & Sciences as one of the films shortlisted for the 2010 Academy Award for Best Documentary. 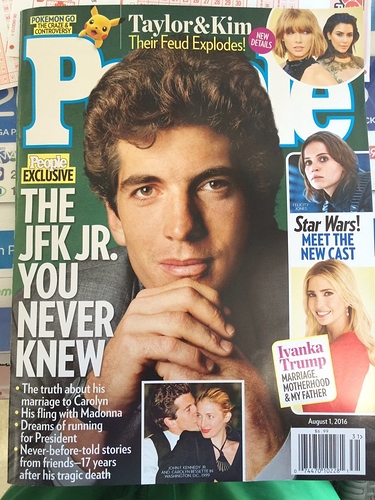 Network Media Group Inc., through its subsidiary Network Entertainment Inc., has launched the first five episodes of its new National Geographic Channel series entitled Facing, a documentary series that takes an immersive look at the real stories behind some of modern history’s most larger-than-life characters, in Canada on Sunday, Sept. 4, at 9/8 p.m. Central Time, and in the United States on Tuesday, Aug. 30, 2016, at 9/8 p.m. Central Time.

Through first-person interviews with those who “faced” them – their adversaries, allies, peers and those in their inner circle – along with select journalists and those affected by their actions, good and bad, Facing offers a sometimes startling perspective on these modern icons. The audience will come to know the real stories behind the headlines with an intimate look at their early life, rise to notoriety and existence in the public eye.

“By telling the stories of iconic figures through the eyes of the series’ incredible cast,” noted Kevin Tao Mohs, vice-president of production and development and executive producer for National Geographic Channel, “the Facing series delves into the real stories behind some of today’s most prominent headline-makers in a uniquely compelling and entertaining fashion.” Mike Miller, executive producer for National Geographic Channel, added, “The immense scope and scale of the Facing series, coupled with Network’s trademark cinematic look and feel, distinguishes the show for our audiences around the world.”

“We are thrilled to be working with the talented team at National Geographic on our first project together,” added executive producer and Network chief executive officer Derik Murray, “Their mission to bring the National Geographic audience superior quality storytelling and stunning visuals aligns perfectly with ours, and the Facing series is the perfect showcase for these values.” 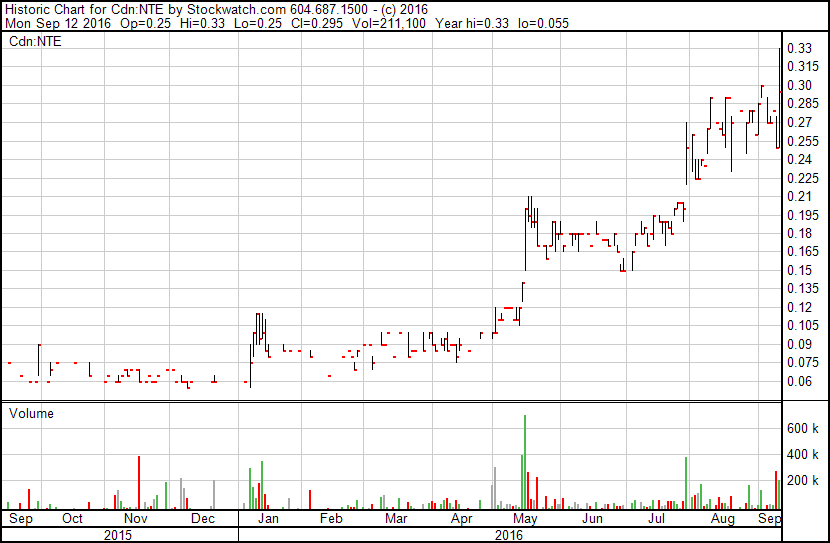 Mr. Derik Murray reports
NETWORK ENTERTAINMENT ANNOUNCES SLATE PRODUCTION DEAL FOR EXPANSION OF ITS “I AM” BRAND OF ICONIC DOCUMENTARIES
Network Media Group Inc. has reached an agreement with Spike TV for expansion of its “I Am” series of high-profile legacy documentaries on the lives of the world’s greatest icons. Under the terms of the agreement, Spike TV has acquired the rights to the world television premiere of four of Network’s upcoming icon documentary programs (two of which are currently in production), with an option to acquire the same rights for an additional two productions.
“We are excited to continue working with Network in producing, broadcasting and marketing the expansion of the ‘I Am’ documentary series,” said Kevin Kay, Spike president. "The popularity of the series is a testament to our collaboration with the talented team at Network, and we look forward to bringing an exciting new lineup of films to our Spike audience."
The deal continues the partnership between Network and Spike TV, which has resulted in production of the critically acclaimed “I Am Chris Farley,” “I Am JFK Jr,” “I Am Steve McQueen,” “I Am Evel Knievel” and “I Am Bruce Lee.”
“Working with the team at Spike TV is a cornerstone to Network’s success and wide audience appeal,” stated producer Derik Murray. "We are excited to continue producing our slate of ‘I Am’ films for an ever-appreciative audience that continues to grow worldwide."
About Network Media Group
Network is focused on becoming one of the world’s leading developers and producers of entertainment properties for the global marketplace and its worldwide audience. It is the parent company of Network Entertainment Inc., an established television and film production company with an award-winning international reputation.

Mr. Derik Murray reports
NETWORK ENTERTAINMENT ANNOUNCES PRODUCTION OF SAM KINISON DOCUMENTARY
Network Media Group Inc. will begin production on a feature documentary on Sam Kinison, the late comedian known for his acerbic wit and intense stand-up comedy routines. Network Media and the estate of Mr. Kinison are working together on the film, which will delve deeper than ever before into the life and legacy of this famed comedian. The documentary is the latest in a series of films produced by Network Media on the world’s most iconic individuals, and will be distributed to a global audience on multiple platforms in 2017.
“Network’s past success in the realm of comedy has our entire team excited at the opportunity to produce a film on Sam Kinison that will portray the eccentric nature and pure genius of one of the comedy world’s most respected originals,” said producer Derik Murray.
“I am thrilled to be working with Network Entertainment to tell the story that’s been waiting to be told of my brother, who, from a young age, was destined to follow his own path,” stated Bill Kinison, brother and former manager of the late comedian. “To the legion of Sam’s loyal fans, get ready for a deep dive into his world of sex, drugs and rock ‘n’ roll”."
“We have been putting the pieces in place to reintroduce Sam Kinison and his incredible talent to the world,” added Bill Schwartz, manager for the Sam Kinison brand. "As part of that plan, this feature documentary project with Network Entertainment was a high priority for us, and we couldn’t be happier that the film has come to fruition."
We seek Safe Harbor.

Network Media Group Inc. has completed an agreement to co-produce a slate of independent documentary films with Canadian- and U.S.-based production company Hodgee Films. The films, to be directed by Hodgee founder and principal Brent Hodge, will focus on the same kind of quirky and bizarre pop culture worlds and characters inhabiting Hodge’s past directorial efforts, which include the Tribeca Film Festival hits “A Brony Tale” and “The Pistol Shrimps.” The companies were brought together when Mr. Hodge was recruited by Network chief executive officer Derik Murray to co-direct Network’s “I Am Chris Farley,” a documentary about the comedy legend that went on to deliver the highest ratings for a documentary in the history of Spike TV. The initial slate will comprise four films, with the first film scheduled to commence production in the first quarter of 2017.

“After the success of my last two documentaries, I was seeking a partnership with a company who shared my passion for the unconventional,” stated Hodgee Films founder and director Mr. Hodge. “Derik Murray and Network provide the kind of creative collaboration and infrastructure that will allow me to focus on what I do best, which is tell crazy stories.”

“Brent has displayed an uncanny knack for tapping into the quirky recesses of pop culture to create consistently entertaining and profitable documentary films,” stated Network CEO and producer Mr. Murray, “We look forward to building on the successful collaboration we enjoyed on “I Am Chris Farley” to create a unique slate of films that explore some of the wackiest characters and situations one could imagine.”

Network is focused on becoming one of the world’s leading developers and producers of entertainment properties for the global marketplace and its worldwide audience. It is the parent company of Network Entertainment Inc., an established television and film production company with an award-winning international reputation. 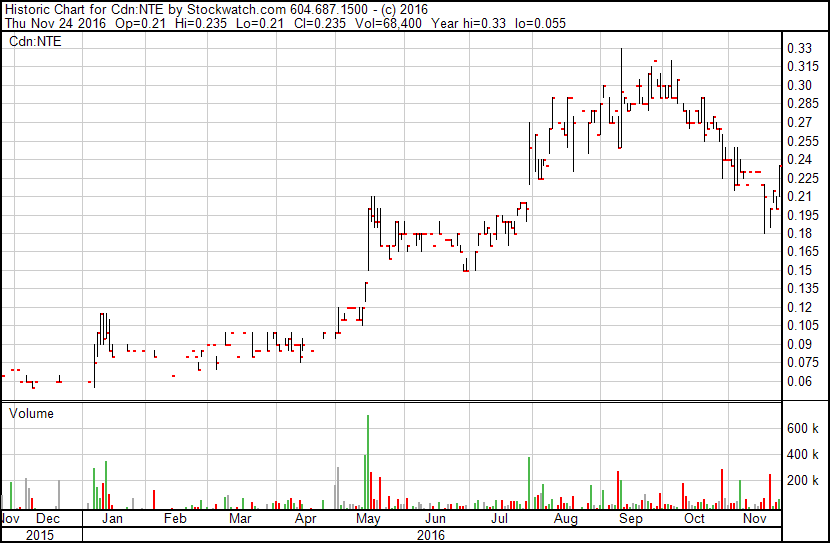 Mr. Derik Murray reports
NETWORK ENTERTAINMENT ANNOUNCES COLLABORATION WITH BILLY IDOL ON “PUNK” DOCU-SERIES
Network Media Group Inc. is collaborating with music icon Billy Idol on a six-part documentary series entitled Punk, the definitive deep dive into the punk and postpunk movements, featuring the music, the characters and the subculture that shook America to its core, challenging the music establishment and influencing art, fashion, politics and generations of artists along the way. The series will be executive produced by legendary musician Mr. Idol, an early architect of punk’s sound, style and fury as front man of the pioneering U.K. punk band Generation X, before vaulting into the pop mainstream as one of MTV’s first megastars.
“There was a feeling that there wasn’t much of a future for us young people, and in this void of nothingness, do it yourself became the ethic of the time. We wanted something new, something that spoke for us, and it led to this thing called punk rock,” explained Mr. Idol in discussing his bestselling autobiography Dancing With Myself. “I don’t think punk ever really dies, because punk rock attitude can never die.”
“We are proud to work alongside Billy Idol, one of the music industry’s most iconic figures, on this groundbreaking project,” added Network Media founder and executive producer Derik Murray. "The series will take you inside the punk movement and music scene, showcasing a seamless mix of rare and unseen photographs and video, a crackling soundtrack of punk hits and misses, and original interviews with punk’s most celebrated stars."
Joining Network Media’s creative team is acclaimed Los Angeles-based photographer and director Michael Grecco, who was a noted photographer in the punk era, creating quintessential images of iconic punk stars while capturing the texture and inside perspective of the scene. Mr. Grecco added, "Many of my photographs have never been published from this era, and I am excited to work with Network Entertainment and Billy Idol on this epic production, which will capture the essence of a time in music history in which I was immersed, and in turn captured on film."
We seek Safe Harbor.