The appointment of Mr. Jacob to the Board of Directors of the Corporation is made pursuant to an investor rights agreement entered into between the Corporation and BCE Inc.

Toronto, Ontario–(Newsfile Corp. - May 7, 2019) - BeWhere (TSXV: BEW) (OTCQB: BEWFF) (“BeWhere” or the “Company”), a Mobile Internet of Things (M-IoT) solutions provider, is pleased to announce the integration of its LTE-M connected M-IoT devices into Trakopolis’s platform.

“Trakopolis is a leading supplier of Internet of Things solutions for the Energy, Forestry, Mining and Transportation industries in North America,” says Owen Moore, CEO of BeWhere. “We are thrilled to have the opportunity to work with the team at Trakopolis to expand their offerings to include sophisticated, low cost, M-IoT asset tracking offerings to their existing and prospective clients.”

“We have identified latent market needs for non-powered asset tracking,” says Brent Moore, CEO Trakopolis. “The combined solution allows us to quickly offer a new tailored asset tracking solution to our customers, as well as gain new ones with a low-cost sophisticated, connected sensor and asset management offering.”

BeWhere (TSXV: BEW) (OTCQB: BEWFF) is a Mobile Internet of Things (“M-IoT”) solutions company that designs and sells hardware with sensors and software applications to track real-time information on non-powered fixed and movable assets, as well as monitor environmental conditions. The company develops mobile applications, middle-ware and cloud-based solutions that stand-alone or that can be readily integrated with existing software. BeWhere’ solutions are cutting edge, using the latest available cellular technologies (LTE-M and NB-IoT) and offering customers low-cost sophisticated technology to implement a new level of visibility to their businesses.

Trakopolis is a Software-as-a-Service (SaaS) company with proprietary, cloud-based solutions for real-time tracking, data analysis and management of corporate assets such as equipment, devices, vehicles and workers. The Company’s asset management platform works across a variety of networks and devices. Trakopolis has a diversified revenue stream from many verticals including oil and gas, forestry, transportation, construction, rentals, urban services, mining, government and others.

The company’s mission is to disrupt the mobile asset tracking market with sophisticated low-cost solutions and to be a first mover in the mobile Internet of things (M-IoT) connected sensor market. To that end, the company progressed with a number of initiatives during and after Q1 2019.
Bewhere showcased new M-IoT solutions at the Mobile World Congress Barcelona in February, 2019. The company demonstrated its clean water-supply monitoring, highlighted on CNBC, and its connected-sensor solutions, highlighted on GSMA-TV.
The company’s technology and distribution partners launched additional marketing and awareness campaigns with Asset Tracking Fun with Mason and Macy.
The company expanded the number of technology and distribution partners, such as new valued partners Fleet Hoster and Trakopolis.
The company continues to expand its technology and distribution network with the recent signing of a distribution agreement with a Tier 1 mobile network operator and an expected product launch date in Q3 2019.
First quarter 2019 financial highlights

TORONTO – August 27, 2019 – BeWhere  (TSX-V: BEW, OTCQB: BEWFF)  (“BeWhere” or the “Company”), a Mobile Internet of Things (M-IoT) solutions provider, is pleased to announce its financial results and operational highlights for the three...

TORONTO – November 21, 2019 – BeWhere  (TSX-V: BEW, OTCQB: BEWFF)  (“BeWhere” or the “Company”), a MobileInternet of Things (M-IoT) solutions provider, is pleased to announce its financial results and operational highlights for the three...

While the company incurred revenue head winds in the final quarter of 2019 (due primarily to delays associated with large government projects), the increased Recurring Revenue resulted in the company posting its first ever quarter of positive Adjusted EBITDA. 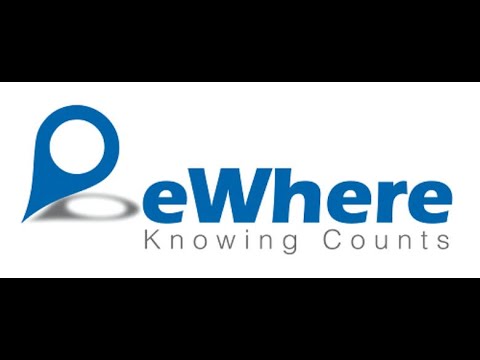